“The real loneliness is living among all these kind people who only ask one to pretend!” 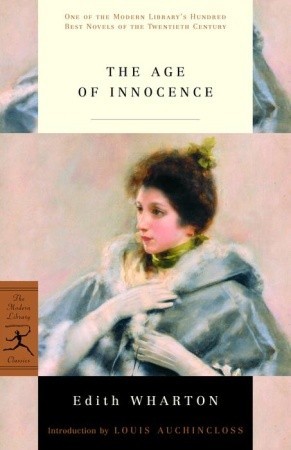 Winner of the Pulitzer prize in 1921, Wharton’s talent has continued to be celebrated with her widely cultivated novels. I first read Wharton when I was in university with The House of Mirth, a book I did not expect to like but became enthralled with the writing style and characters.  While many of Wharton’s books are about unhappy marriages, what continues to make them so popular is Wharton’s fantastic prose as well as an in-depth analysis and commentary on women in society.

Newland Archer, a man living in high-class society New York in the 1870s, has recently become happily engaged. May Welland is well-suited to him and the two of them appear to be the perfect match. However, Newland’s whole foundation is shaken as he makes the acquaintance of May’s curious and beautiful cousin, Countess Ellen Olenska. Ellen has become the scandalous talk of the town as she has abandoned her very wealthy husband in Europe. In all appearances, she seems to be attempting to walk away from a perfectly matched marriage that has made her a Countess and very wealthy. However, she is willing to sacrifice it all. Newland is entreated by May to be kind to Ellen and to make her feel comfortable in New York as well as advising her legally, that she should not file for divorce or risk losing everything. Headstrong, Ellen does not seem to care for the societal rules in New York and brushes them off as having been raised with European customs. Newland soon learns that Ellen has her own set of ideals and above all else, yearns to be free.

“Women ought to be free – as free as we are,’ he declared, making a discovery of which he was too irritated to measure the terrific consequences.”

Without meaning to, Newland falls hard for Ellen as he begins to question his own feelings for May, his own identity, as well as the basis and cultural rules of the society he lives in.

Women wanting to be free, it is that very theme that keeps women, no matter what the ear, coming back to books like this. While things may have changed and have improved for women since Wharton’s era, many men and women, still feel trapped by certain aspects of society and by what is expected of them. Society is so prominent in this book it is the antagonist. It is a character in and of itself. Wharton does a phenomenal job of drawing you into this superficial life and then shatters it for you like she does for Newland’s. Ellen shows Newland the other side of society, what its like when you don’t fit it and once that facade is broken there isn’t any going back. The characters and their inner dilemmas stay with you long after you have finished their story. This is truly a beautiful book and if anything, should be read and marvelled for its prose.

“He had built up within himself a kind of sanctuary in which she throned among his secret thoughts and longings. Little by little it became the scene of his real life, of his only rational activities; thither he brought the books he read, the ideas and feelings which nourished him, his judgments and his visions. Outside it, in the scene of his actual life, he moved with a growing sense of unreality and insufficiency, blundering against familiar prejudices and traditional points of view as an absent-minded man goes on bumping into the furniture of his own room.”

I would recommend this book for anyone who has ever wanted to read Wharton and doesn’t know where to start, prose-lovers, classics-lovers, romance lovers and historical fiction lovers.