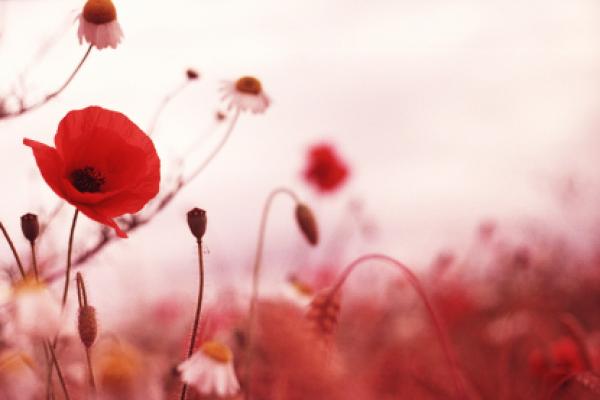 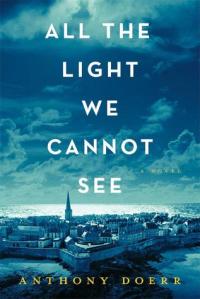 As today is Remembrance Day, I thought it would be good idea to re-post a review of this book. This book is set building up to and during WWII and it’s stark reminder of the sacrifices and humanity on both sides of war. Please take a moment today to remember those that have died and to thank those who are still serving.

This book has created a lot of buzz since its publication and it’s well deserved. All The Light We Cannot See is a remarkable and one-of-a-kind story that takes place during WWII. Specifically during D-Day and the occupation of France. You follow the stories of Werner Pfennig, a young orphan German boy, and Marie-Laure, a young blind girl both before, during and just after the war. The novel is about humanity and what it means to be human when we are faced with unforgiving challenges and circumstances.

Marie-Laure is just six years old when she goes blind. While her mother is no longer alive, her doting father, who is the master of locks a the Museum of Natural History in Paris,  is extremely committed to her care. He begins to build small wooden models of the area that Marie lives in so that she can learn to find her way around. While initially terrified, through her father’s encouragement and persistence, Marie becomes a very independent and capable child despite her blindness.

Werner is spending his childhood in an orphanage with his sister Jutta as their father died in a coal mine. Werner is a curious and intelligent boy and he is constantly asking questions about the way the world works. He quickly becomes enthralled with the radio that he and Jutta listen to and when it breaks he becomes determined to fix it. Before long, Werner becomes the go to person for any type of radio repair in town. As he grows, so does his cravings for knowledge, but what sort of life could a boy, even a gifted one, have coming from an orphanage? The emergence of Hitler’s youth seemed to provide an answer to that question. While Werner is gifted he is oblivious to the cause that he wants to join. Jutta on the other hand is not as ignorant and she learns to read between the lines of what is being dispatched on the radio and the whisperings of other adults. She tries to warn Werner, but he doesn’t understand. All he can see is his one opportunity to become something more than an orphan.

As the war breaks out, you start to see how the story lines of these two very different characters are going to come together to one amazing and potent conclusion.

I loved Marie-Laure’s story. Her character is so enduring and real. However, this side of the war has been told many times so the inclusion of Werner’s story, that almost mirrors Marie’s, is what I found truly captivating. You often only get to hear about that horrors that Germany inflicted during this time, which is more than understandable, but it’s easy to forget that there were many innocent and young people in Germany that suffered too as a result of the actions that the adults took around them.

The story of Werner and Marie show that despite the horrors that surrounded the war, there were many cases of honor, love, resilience and strength that emerged as well. Within Werner and Marie, the author is able to capture the many facets of being human and that it’s our decisions and actions to do what’s right, regardless of whatever challenges stand in our way, that define and shape who we are and have the power to leave lasting impressions on those that that we meet and effect.