A creative memoir on the presumed life of an absent mother. 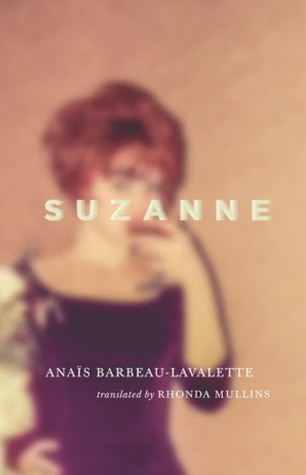 Anaïs never knew her mother’s mother, Susanne, nor did her mother, really. After her grandmother’s passing Anaïs hired a private detective to get the details on why her grandmother was such a fleeting presence in her family’s life. Short-listed for Canada Reads 2019, this is a creative memoir taken from the facts gathered by the private detective in an attempt to piece together the life a woman who abandoned her two young children and caused a void in her family that is felt for generations. The book will be defended by Yanic Truesdale during the Canada Reads 2019 debates at the end of March.

Susanne was originally written in French under the title, La femme qui fuit (The Woman Who Ran Away) and has been beautifully translated into English by Rhonda Mullins. Bravo to Rhonda who has managed to capture the poetic prose of this story in translation.

Susanne is successfully written in the second person and reads like an elegant poem of yearning as Anaïs envisions her grandmother throughout the different stages of her life. The book is far from accusatory and it reads like a real memoir in many aspects. The yearning is for forgiveness, understanding, and for the answer to the one question that neither the author or her mother get an answer to, why did Susanne leave?

Susanne led a tumultuous and intriguing life that included the great depression, political and art revolutions, alcoholism, homelessness, asylums and more. Even with the details unearthed from Susanne’s life, the author can still only speculate as to what drove her to her decisions and imagine how she might have felt in different parts of her life. Why did Susanne decide to abandon her two children, one of whom is Anaïs’ mother, after giving them such tender care for a few years? And then show up at Anaïs’ birth and a few small moments in her mother’s life? Guilt? Remorse? Forced responsibility? As Anaïs speculates, Susanne may have lived with guilt but ultimately may not have been able to face the choices she made, to which, Anaïs forgives her.

What’s the most moving about this book is the wonderful poetic prose which makes for a highly readable book that is easy to connect with. Anaïs is an immensely talented writer whose writing it literary and stimulating while also being highly accessible. I truly enjoyed this novel and felt entwined with Susanne’s gripping story, even if it is only through the speculative hope of her granddaughter.

This engrossing story is going to give the other contender’s in the Canada Reads 2019 debate a run for their money and I am looking forward to hearing how it is received.