What were you doing when you were 14 years old? I’m sure it wasn’t trying to overthrow the influence of Communist China in your home country. Unless your name is Joshua Wong, that is. 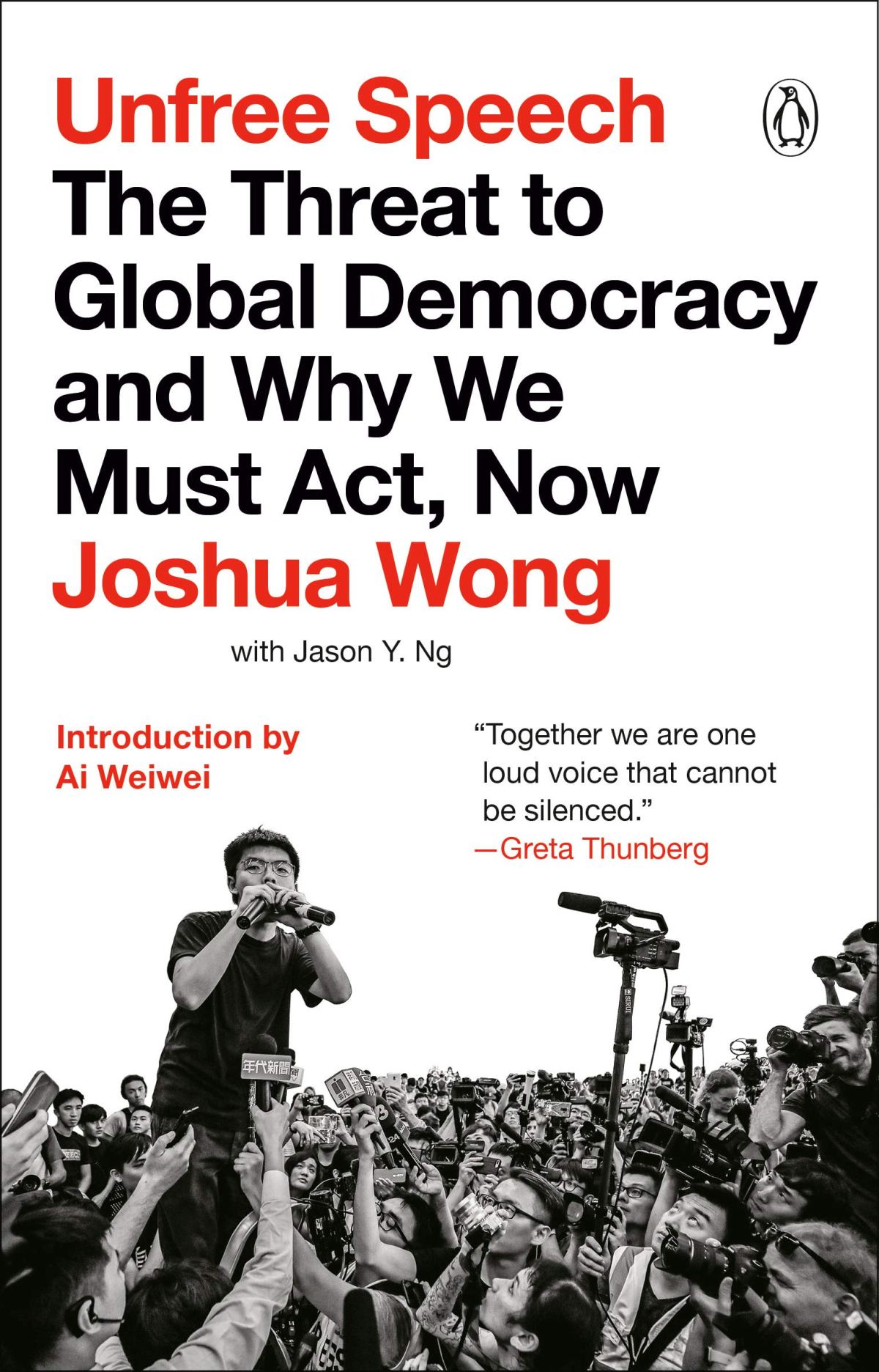 Hong Kong is my current home and while I am an expat here, I have a serious love and passion for this country that has given me so much.  I have lived here for the last four years and I have seen Hong Kong and I have witnessed first hand, its people fight for their right to their identity, culture, and democracy. It’s been a humbling experience and it has made me extremely proud of the people here and of the place I call my current home. Hong Kong’s history is rife with being taken over by others and Hong Kongers have had enough.

A quick summary of Hong Kong’s history so that you have a base premise for this novel. Hong Kong was a British colony for 156 years and was handed over back to China in 1997. This handover was not something that Hong Kong people asked for or had any say in the matter.  Can you imagine growing up in a democratic country to all of a sudden being handed over to a communist government? Mass migrations of Hong Kongers left their home during this time afraid of what the Chinese government might turn their home country into by robbing them of their democratic rights. Many Chinese people fled from China to Hong Kong after the Tiananmen Square incident in 1989 in search of a transparent government that valued democratic freedoms so there was a big concern about what Hong Kong would become after the handover. A deal was made between the British and Chinese governments called the Sino-British Joint Declaration and it was decided that until 2047, Hong Kong would work under a “one country, two systems ” principle with the premise to maintain some of Hong Kong’s freedoms and make for a smooth transition to whatever it is that China wants for Hong Kong. It was at this time Britain pretty much washed their hands of Hong Kong. Things seem unchanged, at least for a little while, but the Chinese government bided its time and eventually began to press their agenda onto Hong Kong. Hong Kong is no longer a democracy and the facade that China has tried is no longer being tolerated by the people in Hong Kong.

“Hong Kong is a city that isn’t British and doesn’t want to be Chinese, an its need to assert a distinct identity grows by the year.”

This book is a coming of age story about a boy and his country. At the age of 14, Joshua Wong started a movement to stop China from forcing its education system into Hong Kong and succeeded. In 2011 the Chinese government subtly decided that it was time for Hong Kong to have similar education standards as the mainland and introduced the Moral and National Education (MNE). What this would mean is that the students would be learning the same curriculum as those on the mainland. While that may not seem like much, it was a way for China to start moulding the youth of Hong Kong to their beliefs and political stances. For example, mainland students do not learn about the Tiananmen Square incident, meaning that the Chinese government lies to their people to save face and hid from their serious mistakes. Isn’t that horrifying? Hong Kongers at the time had become complacent and weren’t paying attention to the freedoms that they were slowly starting to lose and if it weren’t for Joshua and those involved in Scholarism, Hong Kong might be in a very different place right now.

The story doesn’t stop there as the Joshua discusses his activism through the Umbrella Movement in 2014 with the aim to give Hong Kong universal suffrage, a movement that may have failed to bring about its aim but was successful in bringing awareness to Hong Kongers and to the world. He shares his journal during his political imprisonment over the 2014 movements, how those involved with Scholarism created a political group that was successfully voted in only to later be kicked out by the Chinese government. Joshua also discusses the latest events of the Extradition bill protests that shook Hong Kong for months during 2019. The Extradition bill was a bill that would allow the Chinese government to arrest anyone on Hong Kong on suspicion of a crime and have you transported to mainland China, a sketchy proposition considering China’s poor reputation with human rights and questionable judiciary system. Hong Kongers exploded onto the scene with protests by the millions in one of the largest leaderless movements in political history. When the government didn’t listen, over, and over again, the movements became more radical but shaded in comparison to the violent approach taken by the government and police. In the end, the extradition bill was removed and considered “dead” by Chief Executive Carrie Lam.

Joshua is immensely humble, intelligent, and well-spoken. He’s an outspoken and down to earth person who has a love for video games, anime, and his country. Joshua’s passion for his country, people and beliefs oozes out of this book, even in translation. He is a testament to how young people can create change. His book summarizes the Hong Kong political system and its current political strifes in a way that’s easy to digest. The biggest take away that Joshua wants to make with this book is that what happens to Hong Kong matters not only to its people but to the world. If Hong Kong fails to fight off one of the biggest regimes in the world, it means that the rest of the world’s freedoms are at stake too. China is a bully and if they are not made accountable they will continue to push other countries around. Hong Kong’s plight is the world’s plight. Joshua was TIME magazine’s Most Influential Teens of 2014 and was nominated for its 2014 Person of the Year; he was further called one of the “world’s greatest leaders” by Fortune magazine in 2015 and nominated for the Nobel Peace Prize in 2017 along with a few others from his team. His latest efforts include the signing of the Hong Kong Human Rights and Democracy Act of 2019 with the US in support of Hong Kong’s pro-democracy campaign.