“We live in a world where we don’t see the ramifications of what we do to others because we don’t live with them…If we could see one another’s pain and empathize with one another, it would never be worth it to us to commit the crimes in the first place.” 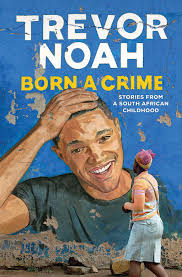 I don’t think I’ve really talked about this awesome new book club I’m apart of. It’s a meet-in-person club with people who actually read the book, all while drinking copious amounts of alcohol with engaging and amazing discussions. Every. Single. Month. I chose The Vegetarian for my read in May and it was epic.

It’s a book lover’s dream and I’m so happy I found it. Born a Crime was another book club read and unlike the last one this book was an unexpected pleasure.

Confession: I have never watched The Daily Show and only knew about Trevor Noah in passing. It wasn’t until I came across this book that I even knew he was from South Africa.

Born a Crime is Trevor Noah’s memoir and testament to his childhood and his country, South Africa, and especially his mother. Trevor Noah is ‘coloured’ and was born during the time of apartheid meaning that he was actually born a crime. He legally wasn’t allowed to exist. His mother is black and his father is white and relations between the two were not allowed, among many of the rules that oppressed the black population of South Africa at the time. The story describes how Noah grew up, how his mom raised him alone, and how he learned and worked within the regimented system that existed in South Africa. Trevor’s story is highly entertaining and engaging while also drawing attention to the intense racial issues that still plague South Africa today. Trevor’s story is also a testament to his mother and everything that she did for him in raising him. If you’ve read the first chapter of this book you also know it involves being thrown out of a moving vehicle to save him. Just one example of how funny, interesting, and captivating Trevor’s story is.

“My mom did what school didn’t. She taught me how to think.”

Trevor’s story isn’t about his miraculous rise to fame, it’s about his country, his mother, and is a coming of age story for a kid growing up in a difficult situation. Trevor is humble and while he gives some details about his rise to fame he takes a reflective stance about what his new situation means to him and others.

“The first thing I learned about having money was that it gives you choices. People don’t want to be rich. They want to be able to choose. The richer you are, the more choices you have. That is the freedom of money.”

Considering I didn’t even know much about Trevor Noah prior to reading this book I was pleasantly surprised at how much I enjoyed this book and just how humorous it is. A good comedian can make light of serious situations and issues while drawing your attention to these sensitive topics without offensive, Trevor has mastered this.

Whether you love memoirs or not, I feel that there is something in this book for everyone while also providing a unique insight into difficult part of South African history. 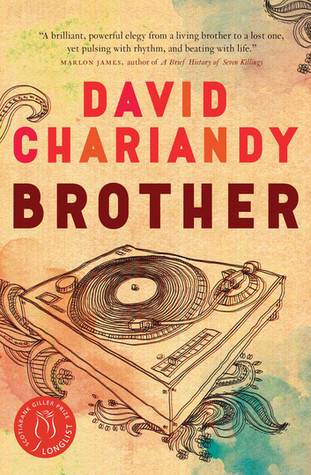 This is the only full-fiction selection from the Canada Reads 2019 shortlist though its story is likely all too real for many. This is an intricate story of a set of first-generation Canadian brothers, Michael and Francis, and their upbringing in the rough neighbourhood of Scarborough, Ontario in the 90s.

The story has a weaving timeline that begins in the present day in which Michael is welcoming an old school friend, Aisha, into the home he still shares with his ailing mother after Aisha’s father has passed away. The two of them allude to a tragic event involving Francis and from there Michael ruminates on the details of his childhood opening the whole story up to the reader as well as the events that brought about the death of his brother, Francis.

Michael and Francis’ mother is originally from Trinidad and Tobago and with their father absent, she is the sole provider for her boys. She works hard, too hard, in order to keep food on the table for them. It is her character I find the most tragic. After Francis dies, she is never herself again. She tried so hard to bring her boys the best yet they were never able to overcome the impossible circumstances that poverty and race trapped them in.

Francis was the cool kid in the neighbourhood. Popular and into his fair share of trouble and with a dream of being involved in hip hop and music but was constantly fighting the barrage of prejudice against him. Kids from this neighbourhood were made up of a variety of immigrant families struggling to get by. Crime, poverty, and gangs became prevalent and not much was expected of kids like Michael and Francis, and like many of the kids in the neighbourhood, they got smothered in this trapt environment. Aisha was the exception. Aisha did well very well in school and managed to escape the neighbourhood with a scholarship. Aisha and Michael used to spend lots of time at the local library as a way to get out of the house and because Michael was never quite cool enough to hang out with Francis and his friends at a local barbershop.

The story is an encompassing story that touches on immigration, race, poverty and the Black Lives Matter movement, yet the approach of these difficult ideas is broached in such a delicate manner. It’s written in a very matter-of-fact way in that it emphasises that this is just another ordinary family and that their situation isn’t all that unique, making the impact of the story that much more poignant. It’s a very politically and timely piece that is uniquely Canadian in terms of the setting but all-encompassing with its ideas.

The ideas alone are enough to move you but the way Michael and his mother’s life end up, without Francis and without hope of a better life, are what truly make this novel.

“You must live life with the full knowledge that your actions will remain. We are creatures of consequence.” 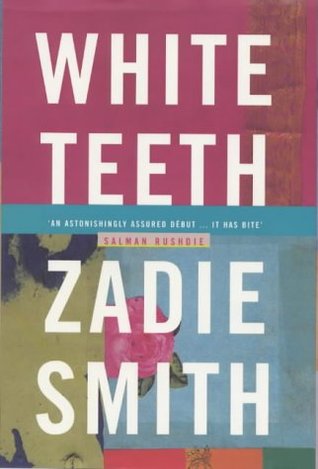 There aren’t many books that manage to be this cohesive and consistently relevant. White Teeth debuted back in the 2000s and not many authors are able to make the literary impact that Zadie Smith did with this novel. For a first time novel, not only is  White Teeth brilliantly written but it also portrays a modern England with multi-ethnicities that span over two generations.

White Teeth begins by following two WWII veterans and friends, Alfred Archibald Jones and Samad Miah Iqbal. These two men, likely never would have been friends had they not met in the war as they come from vastly different backgrounds and ethnicities, boundaries that are not often crossed during post-war England. Both men marry women a generation younger than them. Archibald marries Clara, a beautiful, young, intelligent black woman who just happened to come into his life at a vulnerable time in hers. They have one daughter together, Irie. Samad is married to Alsana, an Indian woman with a sharp tongue who hides under a perceived notion of tradition but is generally “all talk”,  they have two boys together, identical twins, Millat and Magid.

Samad is a traditional man who brought his family over to England from India. He hides the fact that he is a server at his family’s restaurant because he feels the position is below him and often goes out of his way to stoke his ego any chance he can, to hide his own insecurities and personal failures, even at the expense of others. Archibald is an indecisive man that floats through life and is just happy to meet with Samad once a week at their neighbourhood pub. The men’s children are growing up in an England that they don’t recognize, can’t relate to, and are unwilling to move forward with. Millat and Migid relate more to being English than they do to their Indian roots, much to Samad’s fury, while Irie feels lost behind her fro and big hips, despite her intelligence and being the only character with a solid head on her shoulders. This dysfunctional lot each makes their own mistakes as they each traverse through their own identities and generational differences. No one really knows who they should be but they’re all being bombarded with ideals that are ultimately irrelevant.

“…They cannot escape their history any more than you yourself can lose your shadow.”

This book has a bit of slow start as it transitions from generation to generation. Once the children are born into each family the plot takes on a more interesting dynamic. Samad becomes a tragic yet despicable character, in my opinion. He is disrespectful of his wife and will do whatever it takes to prove himself right. He doesn’t care about his son’s wishes or wellbeing, just about what he believes their life should be like and for this, they both suffer.

“They have both lost their way. Strayed so far from what I had intended for them. No doubt they will both marry white women called Sheila and put me in an early grave–acutely displays “the immigrant fears–dissolution, disappearance.”

It’s hard to feel bad for Samad but Archibald too makes his own mistakes with Irie by not being a firm presence in her life. It doesn’t matter to Archibald what becomes of Irie, not because he doesn’t care, but more because he doesn’t put effort into any aspects of his life. As a reader, Irie is the only one you don’t want to pull your hair out over as she seems to be the only one that can see everyone’s issues, including her own. She is the only voice of sanity when everyone is at their breaking points.

I enjoyed most of the book, though I found some bits slow and obviously some of the characters highly unlikeable, however, the writing is moving and a brilliant commentary on race and gender in England. For a debut novel, White Teeth is very good so I can only imagine what else Zadie Smith has brought to the table since then.