“Of course it was Loki. It’s always Loki.”

“Odin blew some of the mead out of his behind, a splattery wet fart of foul-smelling mead right in Suttung’s face, blinding the giant and throwing him off Odin’s trail. No one, then or now, wanted to drink the mead that came out of Odin’s ass. But whenever you hear bad poets declaiming their bad poetry, filled with foolish similes and ugly rhymes, you will know which of the meads they have tasted.”

I could add a few more reasons as to why I wanted to pick up this book but I think those are great place start. Full of Gaiman’s charm, this novel recreates the stories of the Norse gods that is appropriate for nearly any audience.

Starting with the Norse version of Genesis, the creation of the world and the gods themselves, each chapter is a short story in and of itself. Odin is the highest ranking and wisest god, while his son Thor is strong but not the most tactful god. Loki, who is always mischievous and beguiling, causes more trouble than he is worth and yet somehow the rest of the gods keep him around. I suppose he is the best at manipulating after all. There are many other masterful gods, giants and even dwarfs mentioned in the stories.

Did you know that the names of the seven days of the week have a Norse influence? They also have a Roman influence but here is basic break down:

“Sunday comes from Old English “Sunnandæg,” which is derived from a Germanic interpretation of the Latin dies solis, “sun’s day.” Germanic and Norse mythology personify the sun as a goddess named Sunna or Sól.

Monday likewise comes from Old English “Mōnandæg,” named after Máni, the Norse personification of the moon (and Sól’s brother).

Tuesday comes from Old English “Tīwesdæg,” after Tiw, or Tyr, a one-handed Norse god of dueling. He is equated with Mars, the Roman war god.

Wednesday is “Wōden’s day.” Wōden, or Odin, was the ruler of the Norse gods’ realm and associated with wisdom, magic, victory and death. The Romans connected Wōden to Mercury because they were both guides of souls after death. “Wednesday” comes from Old English “Wōdnesdæg.”

Thursday, “Thor’s day,” gets its English name after the hammer-wielding Norse god of thunder, strength and protection. The Roman god Jupiter, as well as being the king of gods, was the god of the sky and thunder. “Thursday” comes from Old English “Þūnresdæg.”

Friday is named after the wife of Odin. Some scholars say her name was Frigg; others say it was Freya; other scholars say Frigg and Freya were two separate goddesses. Whatever her name, she was often associated with Venus, the Roman goddess of love, beauty and fertility. “Friday” comes from Old English “Frīgedæg.”

As for Saturday, Germanic and Norse traditions didn’t assign any of their gods to this day of the week. They retained the Roman name instead. The English word “Saturday” comes from the Anglo-Saxon word “Sæturnesdæg,” which translates to “Saturn’s day.”” – Live Science

For those like American Gods, (spoilers) you can see where Gaiman came up with some names for his characters. This is the third book that Gaiman has written about gods and Norse gods in particular (American Gods, Anansi Boys).

Many of the stories in this book are very humorous while also offering some sort of moral or philosophical piece of advice to walk away with as well. The quote I have already mentioned above, about drinking Mead that came out of Odin’s ass, actually made me snort out loud on the bus. I may have received some funny looks.

Trickery, violence, mead and trying to get women to marry are the main themes in this book; accompanied with relatable, silly and inspiring gods at the centrepiece. Gaiman has managed to keep the content about the gods while interweaving an engaging and exciting story. You really can’t go wrong! If you like Norse mythology, gods, fart jokes, Thor, Loki or just a really easy story then you will appreciate this novel. 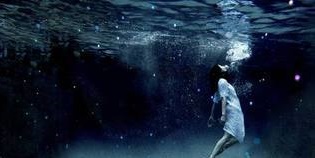 Gaiman, we meet again! It has been just over two years since I read anything by this fantastic author so I was quite happy when TNBBC picked this one for their Halloween read this month. A what a suiting pick it was…

This book is dark and has the capabilities of making your skin crawl, it is however also whimsical. Just like childhood. There is only one other person that I can think of that writes about childhood this well and that’s Roald Dahl. Both Gaiman and Dahl seem to be able to recall so well what it’s like to be a child, including the dark side of it. Growing up is scary and it’s hard but it’s also wonderful. While Dahl is no longer with us, I’m thankful that there are authors like Gaiman around that can still make us feel like children.

After returning to his childhood home after attending a funeral, the unnamed protagonist recalls the time he use to spend with his neighbour and childhood friend, Lettie Hempstock. He ventures over to his old neighbours and finds Lettie’s mother and recalls that Lettie has gone away to “Australia”.  The protagonist initially remembers very little of his childhood but recalls a pond which Lettie used to say was her ocean and decides to venture down there to recollect some childhood memories. Sitting by the “pond” the man begins to remembers , it started with him losing his room as a boy so that his parents could let it out for some additional income. The opal miner had stayed with them, but after losing all the money that his friends and family gave him to gambling, he stole the family car and committing suicide in it. This death causes something unnatural to be released in to the world. While out with his father to retrieve the car, is when he meets Lettie. He is taken back to her home and introduced to her mother and grandmother.

The unnatural spirit that was released when the opal miner died believes that money will make people happy but it’s leaving money for people in very horrible ways. When the narrator wakes up choking on a coin, he seeks help from Lettie. The boy quickly comes to realize that there is something very special about the Hempstock women and when he asks about their exact age they never give him a concise answer. The women decide that the spirit must be dealt with and brought back to its own world. Against her mother and grandmother’s discretion, Lettie convinces them to let her bring the young protagonist along with her to banish the spirit. Lettie tells the boy that he must not touch ANYTHING while he is in the spirit world and to hold her hand the entire time. The boy fails at this only once while in the surreal spirit world.

After the spirit has been banished, the boy returns home from his adventure believing that everything has returned to normal. He finds however, that he has a gaping black hole in the bottom of his foot in which he can feel something moving around. He pulls out a worm from the hole in his foot and puts it down a drain, though he didn’t get all of it. The boy deals with the incident the way a curious child would, but as a reader this scene is has some serious gross factors and leaves you reeling!

The morning after removing the worm, the boy’s parent’s introduce him to Ursula, their new nanny. Everyone seems to love Ursula, except for the boy. He knows something is not quite right with her. She won over his sister with treats and adoration and his father with too much adoration (complete with some scenes no young boy should ever have to witness his parent doing) all while his mother becomes less present in the home and this is when is nightmare starts to begin…

Sounds unnerving and awesome right?! It really is. Gaiman never lets you down. Gaiman, like in many of his other novels, likes to have mythological connections to his stories because in a way, it keeps them all connected. For example, Lettie, her mother, and her grandmother sound like the triple goddess of mythology: the maiden, the mother and the crone. Equally, Ursula seems to represent the whore. The whole novel seems to revolve around similar dichotomies, such as childhood and adulthood as well as what we perceive as real and what we imagine.

Another interesting item that’s worth noting, just off some quick research, apparently some of the incidents in the book are in relation to some experiences that Gaiman had as a child, for example Gaiman’s father’s car was actually stolen and the thief did commit suicide in it.

This novel is less than 200 pages so it makes for nice quick read and I think you’ll find yourself being properly creeped out and just in time for Halloween. You may even find yourself recollecting on your own wacky childhood adventures. A must-read for any adult that still has a child-like spirit.