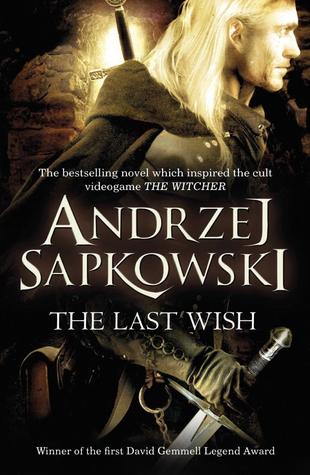 I picked up all three Witcher games on a fantastic Steam sale this last summer when I found myself halfway through the first game and loving it, only to find out that the games are based off a book series! I was committing book blasphemy! And now, there is a Netflix series coming out this fall too. I had to read the books.

Geralt of Rivia is a Witcher. A mutant. An outcast. He is one of the few to pass the Witcher training and complete his mutation without dying giving him remarkable powers and strengths. His stark white hair has been stripped of its colour from the change and his eyes are slit like a cat. The tasks of a Witcher are to defeat the monsters of the world but as Geralt is coming to learn, sometimes the monsters aren’t what they seem. He questions his ethics and purpose as a Witcher as the world around him becomes more corrupt with not monsters, but people, who appear to be the evil ones.

This book is touted as a collaboration of short stories but it read more like a novel as the stories related to each other and followed a general chronological order, however, you could easily have read each chapter in and of its self. Geralt is a fantastically dynamic character and the writing paints the realm of Witchers so vividly. Even in translation, the writing is concise and engaging. The book lends itself well to the first Witcher game as you get to play out some of the more elaborate plot points from this book in the game itself.

I am ecstatic to have found another fantasy series that I’m in love with and I will definitely be devouring every book in this series. I would recommend this book to any fantasy lover and especially those who want to play the video games as you’re able to get the full pictures and scope on Geralt and his adventures. Needless to say, I don’t plan on leaving the Witcher world anytime soon.