“Three words, large enough to tip the world. I remember you.” 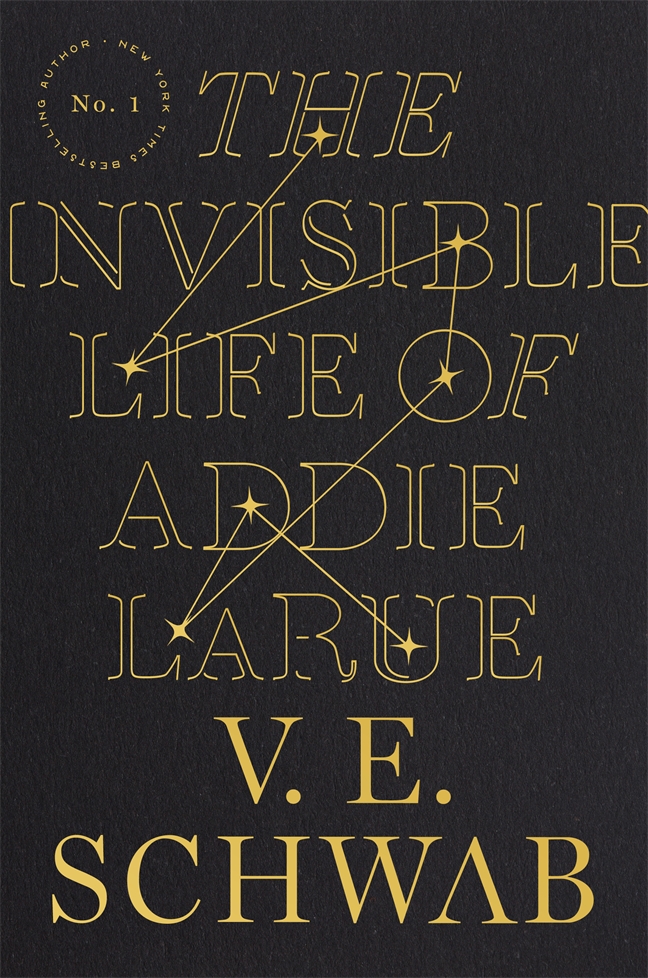 Another great library find! This book was exactly what I needed during a difficult time. I’ve read a lot of reviews on this book since finishing it and I can see that many readers didn’t jive with this book but for me, it was the perfect escape and I’m going to stand behind the praise I’m going to give it.

This story starts in the early 1700s in a small village in France in which a young Addie makes a frantic decision to avoid being forcefully married off. Despite the warnings of her grandmother, she makes a deal with one of the old gods during the night, of which nothing good can come. She wants the ability to live her own life by her own rules and commits to living forever until she is tired of living of which she will then give up her soul to this bargain maker. The catch with this deal is that no one will ever remember her. Not her family, not anyone she meets, she will always be forgotten. At first, Addie is crushed by her choice since her own family has no recollection of who she is and is cast out of their home. The first part of her immortality is full of misery and strife until she comes to use this forgetfulness to her own advantage. Her story spans across centuries and different countries with the god, Luc, constantly trying to find ways to get her to give up her immortal life. Their relationship turns into a complex one as Luc is the only being that knows and remembers her causing Addie to both desire his company and be repulsed by it at the same time. Addie, however, is content and is constantly in awe at the possibilities and experiences that the world has to offer and she finds innovative ways she can make an impact and inspire others. She has commanded her life and her freedom as she sees fit and yet… and yet she still yearns to have someone remember her. Everything changes when she meets Henry in a bookshop who remembers her name. She hasn’t heard her name on the lips of someone mortal in centuries. So why does this one man remember her after hundreds of years of passing through people’s lives?

“Books, she has found, are a way to live a thousand lives–or to find strength in a very long one.”

Addie’s character and the dynamics with both Henry and Luc were my favourite part of this story. The writing is subtle in building these relationships creating a slower burner of tension and anticipation. The writing is elegant and references history and art in an intriguing way while also creating a journey and characters that you want to follow. I found the story compelling and easy to read. It made me feel at ease and gave me something to look forward to during a sad time in my life. While I see some other readers struggled with the story and/or characters in this book it was perfect for what I needed and I anticipate it will be a book I will read again as it was a wonderful story to escape into. The story is character-heavy but highly imaginative and is an ideal book to lose yourself in amidst this pandemic. This book reminds me of The Time Traveler’s Wife but with more whimsical elements and I think if you enjoyed that story you will likely also find something this one.

“And here you are, safe in your asylum, one of the committed. The question is: Committed to what?” 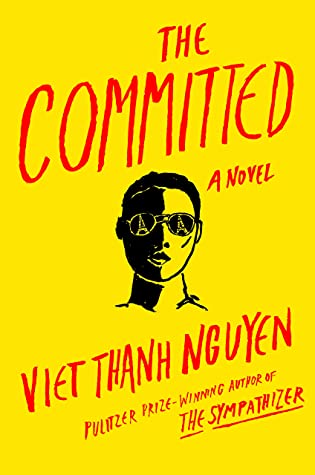 I was so excited to find this anticipated sequel to The Sympathizer on Netgalley and was even more thrilled that I’ve had a chance to read and review it before its publication. This story is a immediate continuation of The Sympathizer and won’t make much sense if you have not read it.

We were the unwanted, the unneeded, and the unseen, invisible to all but ourselves. Less than nothing, we also saw nothing as we crouched blindly in the unlit belly of our ark. . . Even among the unwanted there were unwanted, and at that some of us could only laugh.

Arriving in Paris as a refugee, the Sympathizer is still reeling from the trauma of his communist reeducation camp experiences in Vietnam. He was a communist spy working in America, a double-agent, though he always classified himself as a sympathizer to either cause, not that his blood brother Bon, an anti-communist, knows that. After a horrendous journey he and Bon arrive in Paris to stay with his French-Vietnamese ‘Aunt’, the communist woman who was his correspondence while he was in America. Between mingling with her snooty left-wing intellectual friends, the Sympathizer throws himself into capitalism through drug dealing. Bon is as immensely traumatized as the Sympathizer especially as he made it out of Vietnam alive but his wife and child did not. The Sympathizer knows that Bon will kill him if he ever finds out that he isn’t the die-hard communist hater that he is and that he was once a double agent but Bon is the closest thing to family that he has had since his mother. Unable to resolve his moral and political dilemma and unsure of where his personal beliefs stand he verges on the fence of nihilism and self-destruction.

The book has a completely different tone and approach than the previous book. The Sympathizer was deliberately written as a spy or adventure type of novel. Wanting to take a different approach, the author stated in an interview that,

“I wanted to write a dialectical novel with The Sympathizer and to write a novel deeply influenced by Marxism and Marxist theory.” and to explore ideas such as “what does [a] disillusioned former revolutionary do with himself?”

This novel is by far more philosophical and theoretical than The Sympathizer which, at times is refreshing, but if you were hoping for more of the same spy action you might be disappointed. It’s not that this plot isn’t without action it’s that the author’s state is distressing and even while filling his head with rhetoric from people he would have gone on with previously, he see flaws in their beliefs and their racist personas and can’t come to terms with the indifferent person he is now. This story is one of trauma, love, friendship, sexism, rhetoric, and racism. The writing quality is still of immense quality and you still feel committed to this sad character and how his story is going end, it just didn’t pack the same punch as The Sympathizer. However, that book is definitely a tough act to follow. The narrator’s inner thoughts are still the best parts of the story and how he manages his trauma, decisions, and realisations. I really enjoyed reading this conclusion of his story and would highly recommend reading this novel to any that enjoyed The Sympathizer.