“Why do old memories constantly drift to the surface?” 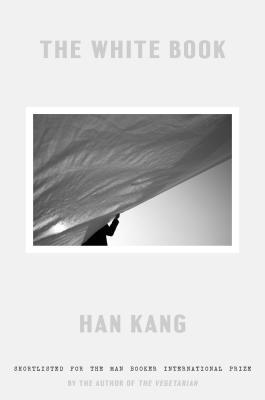 Following my love of The Vegetarian and Human Acts, The White Book is more of a poem than a novel.

The entirety of the book revolves around the colour white as the narrator reflects on the death of a sister she never got to meet.

“…a face as white as a crescent-moon rice cake.”

Each chapter of this short book is named after something white as white is a reference to death within the Korean culture. The writing style is delicate and remiss of the violence that haunts Kang’s other works and while I enjoy many of the harsh aspects of Kang’s work, this was a welcome change. This novel reminds me of one of my favourite poetry collections, Victoria Chang’s Obit as it carries a similar haunting but delicate tone.

A short and recommended read for lovers of Kang’s work and a welcome piece on death and grieving.

“I want to write about people who dream and wait for the night to end, who long for the light so they can hold the ones they love.”

On January 17 1995, a 6.9 magnitude earthquake rocked Hyōgo Prefecture in Japan. This earthquake was the first-ever recorded earthquake to top the charts of the Japan Meteorological Agency. Nearly 6500 people lost their lives that day, around 4600 of them from the city of Kobe. Around 200,000 buildings collapsed that day. Even now, the Kobe earthquake still holds as one of Japan’s deadliest earthquakes. A few months later, Japan with hit with another tragedy with the sarin gas attacks on the Tokyo subway. These two events altered the Japanese people and will forever be imprinted in people’s minds and history books.

I picked up this novel shortly after reading Underground by Murakami, which is suiting considering how close these real events occurred. While Underground is a non-fiction work from Murakami, After the Quake is a collaboration of six fictional short stories that all relate to the Kobe earthquake event. Murakami lived abroad until 1995 and it was after these events that made him decide to move back to Japan. Japan is a geological terror of a location as it is an epicentre for earthquakes, tsunamis and typhoons. It’s not a matter of if, with Japan, it’s a matter of when the next big event will happen (enter massive tsunami in 2011) and with climate change making matters worse, Japan sits in a precarious situation.

This novel contains six short stories, each of them set in the months following the earthquake and the sarin attack, with each story evoking a similar atmosphere of emotions created by the disaster. The first story follows a man whose wife abruptly left him after the earthquake. After taking some leave from work he is asked to deliver a mysterious package to one of his co-worker’s sisters. In the fourth, a woman is on a trip to Thailand when she realises she needs to let go of the resentment she has towards her ex-husband. The fifth is probably the most interesting of all the stories in that a man returns home from work to find a human-sized talking frog in his kitchen pleading with him that he needs his help to defeat a super worm in order to prevent a giant earthquake. While some stories carry more realism than others, each carries a heavy tone of longing, hope, sadness, regret, and relief.

Murakami uses these stories to capture the voice of Japan after the quake as well as using it as means to come to his own terms with the tragedy. The earthquake event is prolific in each story, though not always in the same manner. From news reports of the event, a disrupted relationship, to prophetic and metaphorical fights of giant frogs and worms. Murakami’s writing is, as always, poetic and mystical while engrossing readers with a unique story and feel.

A solid choice for Murakami fans who have not read this book yet and a good introductory to a tragic piece of Japanese history.