“…say this story is true, the calibre of writing in this book isn’t worth enduring.” 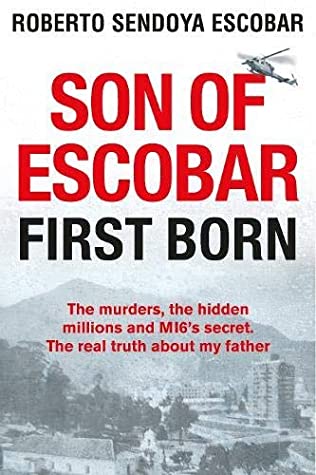 This book was a selection for my book club. Normally, the beauty of book clubs is reading books that you wouldn’t have read and most of the time that’s a good thing, this time, however, it was not.

Unless you’ve been living under a rock, you probably know the name, Pablo Escobar. You know, the biggest drug lord in history? The guy has a whole Netflix series (Narcos) about him. The premise of this book is that the author claims that he is Escobar’s firstborn son. In 1965, MI6 operatives raid and shoot up a safe house that results in the death of a young mother with one of the operatives deciding to save her newborn baby (the author). The operative put the child in an orphanage only to adopt him later. The operative learns whose child it is and massive amounts of effort are gone into protecting the child as well as using him to coerce a friendly relationship with Pablo himself. The book details all of the events that happened to the author as he grew up in this strange environment. From kidnappings, shootouts, murder, and more, all while not knowing who his real father is and thinking that having armed guards is a normal part of childhood. Strange meetings were made with Pablo Escobar as the author grew but he was never given an explanation of who Pablo was or the relevance of the meetings. As an adult, the author does eventually learn that Pablo Escobar is his father, apparently, and at the end of his adoptive father’s life, he is given a code that is supposed to be the location of Pablo Escobar’s missing fortune after he was taken down and his property destroyed. The code is published within this book hoping someone will figure out its encrypted location.

If this sounds far fetched to you, you’re not alone. The author has been called out for misinformation and lies since this book’s publication. It makes no difference to me if this story is real or not as people can write whatever they please, however, the writing quality in this book was dire and I didn’t find it all that entertaining. Well, I suppose it was interesting to discuss these points in a book club setting but the book was still a disappointing read. I would not recommend this book as I think it’s likely a money grab and a publicity stunt. Outside of that, say this story is true, the calibre of writing in this book isn’t worth enduring.