Another great recommendation that I can’t recall where I got it from. I think I stumbled upon it as historical fiction involving multigenerational stories are concepts I get excited about. It also helps that this book racked up a variety of literary awards in 2017/2018.

Pachinko, as I learned, is a popular type of gambling in Japan that started in the 1920s. The concept of the game is a mash up of a VLT and a pinball machine.

From left to right: a pre war pachinko game, 1970s pachinko machine, bottom photos are of the current modern machines.

Pachinko, in this novel, is a metaphor for the struggles of life, especially that of the Korean family in the story, and many others during is time under Japanese occupation.

“Life’s going to keep pushing you around, but you have to keep playing…”

The story begins in the 1900s with a teen named Sunja around the beginnings of the Japanese occupation detailing her poor but humble life at a fishing village in Korea. She is taken with an older stranger to the village named Hansu who fills her head with love and promises, however, when she falls pregnant he confesses to already having a family in Japan. Hansu is wealthy and does care about Sunja but Sunja is stunned by the betrayal and refuses any help from Hansu despite knowing the social rejection she will face being an unmarried mother. She instead decides to marry a kind, but sickly, minster named Baek Isak who knows her situation and takes her in regardless. Sunja leaves her home and follows her new husband to Japan. She gives birth to her first son Noa and to another son by Baek Isak named Mozasu. She lives with Baek Isak’s brother and sister-in-law in the Korean slums in Japan. While she finds a deep companionship with her sister-in-law, Japan is immensely unkind to Koreans and the conditions in which she lives are worse than they were in Korea. Sunja is stubborn and persistent and shakes conventional norms for the sake of keeping her family fed. Sunja’s sons struggle with acceptance as they are born and raised in Japan but their heritage makes them less than in the eyes of the Japanese. This struggle is particularly awful for Noa, who, is very academically astute, tended to hide is heritage. Mozasu is a much more practical child who grows up to take on a pachinko business, often viewed as dishonourable work. Despite Sunja’s rejection of Hansu, the decision comes to affect her whole life as well as her sons’, as Hansu isn’t so easily deterred.

Pachinko is a deeply moving story that encompasses so many themes and emotions. While the story embodies struggle, it’s very much about love, resilience, standing by your beliefs, and ambition. You become deeply invested in these sturdy and resilient characters as they endure hardship over nearly four generations.

“People are awful. Drink some beer.”

The book emphasises and focuses on strong and stubborn female characters with empathic and equally as strong male characters that compliment them in a compromising and highly patriarchal society. The story itself is very much focused on the characters and doesn’t discuss the nuances of the political situation in too much depth other than the depictions of suffering and persecution that this family endured. I think this approach has made this book accessible to readers who may not enjoy historical fiction. For me, it made me want to learn more about this tumultuous time for Korea as after the Japanese occupation is when the North and South of Korea parted ways, making for a very long and difficult era for Korea and its people.

Overall it was a wonderful and enrapturing read, despite it being a bit long, and I would recommend it to anyone interested in historical fiction, multigenerational sagas, immersive characters, or an interest in Korean and Japanese culture and relations.

Likely the most fascinating place in Hong Kong with some of the best South Asian food in the city. Chungking Mansions is a curiosity that is not to be missed. 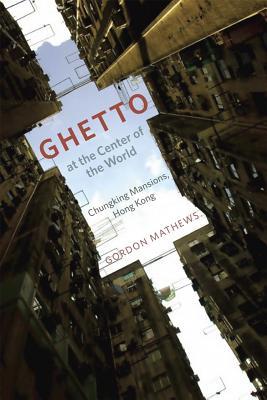 I’ve called Hong Kong home for a few years now and have come to love it for all of its unique flaws and qualities. Hong Kong is a busy city but outside of its city walls are beautiful running trails, beaches, and hikes. There is something for everyone in this diverse city no matter what kind of person you are. As an expat, Chungking Mansions is a fascinating place that needs to be visited at least once, but for locals, it is generally a place to be avoided. The stories of crime and gang activity, along with the lack of familiar local faces, usually are enough to keep many locals away. However, this impression of Chungking Mansion isn’t its whole story.

Gordon Mathews is a university professor in Hong Kong and spent years living in and studying the people and it’s unique economy and isolated globalization. Chungking Mansion is located in the bustling and wealthy Tsim Sha Tsui area of Hong Kong on the Kowloon side. It’s a popular district for shopping and has lots of tourists from mainland China and elsewhere from around the globe. Yet inside Chungking mansions is like entering a different world. Just outside of the building, you’ll find it brimming with South Asians, who, if you’re white, will try and sell you knock-off watches, handbags, or tailoring services. Inside the building is old and run down compared to the shiny shopping area it’s surrounded by. Inside you’ll find cheap rooms for rent, refugees, illegal workers, traders, sex workers, drug addicts, and small businesses from all around the globe. African traders come to find cheap cellphones to bring back to their countries. South Asians come, often illegally, to try and improve the quality of their lives as well as their families. Many refugees come and get trapped in the system of long waits within Hong Kong and are unable to work legally too. Despite the illegality of most of what goes on in the building, a blind eye is often turned by police. Without the illegality of workers and many other trades, Chungking Mansions would not exist. The diversity of the building makes for some of the most eclectic and delicious food in Hong Kong and for rock-bottom prices. It also makes for a unique area of globalization that isn’t really seen anywhere else in the world.

I’ve actually had the pleasure of dining in Chungking Mansions with a group of refugees and have nothing but great things to say about the place despite its seedy reputation. I would go back in there in heartbeat for the great food, company, and people watching. That isn’t to say that sketchy things don’t happen at Chungking but in general, it’s a decent place to grab a good bite to eat provided you don’t mind how run down some of the establishments are.

This book is a perfect insight into Chungking Mansions as its clear that the professor himself has become an established name inside the building and is someone that everyone seems to be comfortable talking with. He seems to have a clear understanding of Chungking Mansions and the people that live there. The novel felt a bit like something I would read in a university class but that’s not surprising since I’m sure that was one of the reasons it was written. Mathew’s writing is as informative as it is fascinating and if you’re in Hong Kong and have ever wanted to visit or know more about Chungking Mansions I would highly recommend this book.