“The gaps that bind us span more than the distances between words.” 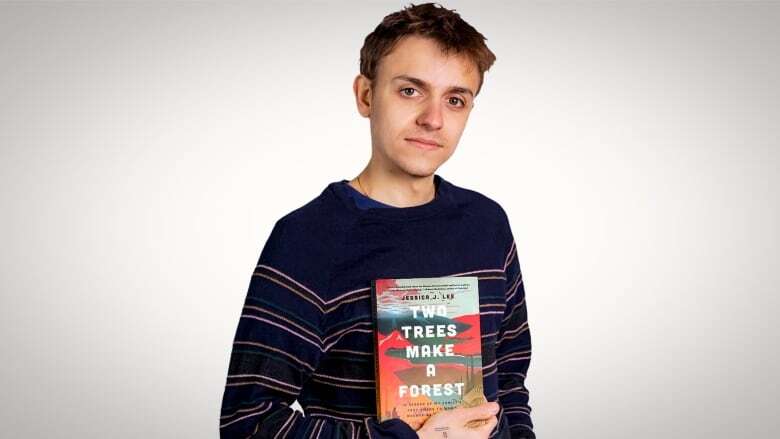 My second of five of the Canada Reads 2021 selection that will be championed by Canadian singer-songwriter Scott Helman in the debates that take place in March.

I know, I’m behind but I’ve been up to my ears in essays. I was really looking forward to reading this memoir and learning a bit more about Taiwan. I really wanted to love this book but it fell flat for me.

The author is a first-generation Canadian and after finding a partial memoir from her grandfather she decides to embark on a journey to Taiwan to explore her family connections and history. The story floats between gorgeous and descriptive nature scenes as the author hikes through different parts of Taiwan, all while intermingling the details of her family’s personal history throughout. Her grandparents were originally from China but when the cultural revolution happened they relocated to Taiwan where her grandfather took up work as a pilot. The family then moved to Canada where the author was born. After her grandfather left, in his old age and on his own, to return to Taiwan no one really knew what he did with his final years as his health failed him. The author makes efforts to reconnect with her language and Chinese heritage to get a full understanding and appreciation of her family’s past and to place her own identity.

While the writing of this book was descriptive and engaging at points, the story’s timeline was all over the place, jumping from the past to her current excursions in Taiwan. The descriptions of Taiwan were sometimes enthralling and made you feel like you were in Taiwan but I felt that they went on too long as I was more interested in the family history which, I didn’t feel had enough of a presence. The book left me feeling like I had an incomplete picture of her family and I wanted to know more. Ultimately, this story is about the author’s journey but it reads and feels more like a journal than a novel. I wanted to like this novel more but I found it a bit boring if I’m honest. It’s not a terrible read, it’s just not as engaging as I was hoping it would be.

In terms of the theme for Canada Reads this year, One Book To Transport Us, this book does seem an appropriate fit with the way it makes you feel like you’re on a hike in Taiwan as well as transporting back to a time in Chinese history. We will see what the other contenders bring to the table.

The debates will take place March 8-11, 2021, hosted by Ali Hassan and will be broadcast on CBC Radio One, CBC TV, CBC Gem and on CBC Books.

Tess has always been haunted, literally, by visions of ghosts that she can’t explain…When the orphanage randomly burns down, Tess is left without a home. She then decides to works up the courage to learn more about her family and past so with only a phone number and an address, Tess sets out on her own.

One of the perks of paying for a Kobo membership is that I get one free ebook from them a year. The selection is often limited and not always of the quality of books that I would read but for the most part I’ve enjoyed my selections, well, except for perhaps this one.

Set in the 1960s, Tess is seventeen has been in an orphanage in Ontario for as long as she can remember. Tess has always been haunted, literally, by visions of ghosts that she can’t explain. For a long time she feared there was something wrong with her but as far as she can tell, she is perfectly normal besides her visions. When the orphanage randomly burns down, Tess is left without a home. She then decides to works up the courage to learn more about her family and past so with only a phone number and an address, Tess sets out on her own. When she finds herself at ramshackle house in rural Quebec, she learns that the home was once home variety of mental health patients that were severely abused. While trying to unravel the mystery of the home she gets some help from an unlikely (but handsome) Metis stranger named Jackson. Could this home be the key to her past? What gruesome horrors occurred at this home and is she due to suffer the same fate?

When you read the blurb it sounds like a fascinating paranormal horror mystery with a little YA romance on the side right? Well, that’s not what I felt I got. I’ll put it out there that when it come to YA books I don’t generally care for the majority of love relationships that tend to build in YA books but if the rest of the book comes together I’m often willing to look past the relationship stuff. In this book, the story starts out strong but fell apart for me when Tess met Jackson. The story falls prey to all the standard YA tropes and falls away from the unique concept of this book. After Tess meets Jackson, the plot becomes less about her paranormal abilities and the mystery of the home and rather about their obvious impending relationship. The story went from screaming souls to sappy teenage romance full of tropes and stereotypes. Further the structure of the plot felt like it fell apart after Tess meets Jackson. Not only is Tess’ best friend, that she left in Ontario completely dropped from the story, but the parts about the home and its mental patients felt rushed, and you only get fleeting details on her mother (the most interesting part, in my opinion) before the writing is focused back on Tess and Jackson’s relationship and their random side quests. The book severely lacked in depth as well as a missed opportunity to expand on an interesting concept and plot that may have been series-worthy.

This story had a lot of promise and started off with a bang that quickly died away for me. I appreciate that the relationship is why many readers liked this book but this was not my cup of tea. Further, the book wasn’t structured well enough outside of that for it to be redeeming for me. I did enjoy the French that was through the book and the descriptions of the Canadian settings but I actually forgot that this book was meant to be set in the past and have some sort of historical fiction thing going for it. The author could have expanded on this a lot further.

Sadly, this will probably be my first and last Kelley Armstrong.