The best part about this book? Is that I could guess how it was going to end and I still loved it.

“He heard the sound of waves striking the shore, and it was as though the surging of his young blood was keeping time with the movement of the sea’s great tides. It was doubtless because nature itself satisfied his need that Shinji felt no particular lack of music in his everyday life.”

I can’t remember how I came across this novel. Maybe Goodreads? Or perhaps on a list of great Japanese literature? However I came across it, I am glad I did.

Yukio Mishima, whose real name was Kimitake Hiraoka, is a Japanese author, poet, playwright, actor, and film director and is considered one of the most important Japanese authors of the 20th century. He committed ritual suicide at the age of forty-five in 1970. Though it is speculated that the ritual part of it was just a cover and that he had been planning his suicide for some time.

The Sound of Waves is a fiction/romance of two star-crossed lovers. Shinji is a young fisherman growing up in a small rural village in Japan. His life is uncomplicated, satisfying and fulfilling. That is until the day he meets Hatsue. Hatsue is the daughter of the wealthiest man in the village and Shinji is certain that a girl like him will never take notice of someone like him. She is beautiful and men in the village are all entranced with her. However, everyone is certain that she will marry the arrogant and prominent young man, Yasuo. As fate would have it, Hatsue had taken noticed Shinji and the two of them eventually meet and confess their attractions. Their meetings however have not gone unnoticed by another girl, Chiyoko, who is interested in Shinji. Out of jealousy, Chiyoko starts a nasty rumour about Shinji and Hatsue, resulting in the two lovers being banned from seeing each other. In the end, Shinji must risk his life to prove his love to Hatsue and to win over her family.

The best part about this book? Is that I could guess how it was going to end and I still loved it. So many stories published today have complicated plots and dynamic characters, all of which are awesome, but you get so caught up in convoluted plots that sometimes you forget the potency of a well written, simple, and yet beautiful story. This book is a boy-meets-girl and star-crossed lovers scenario with a happy and predictable ending, and I really liked that. A happy predictable ending. Sometimes you just want that in a book.

And hey, I am not a romantic by any stretch and I still loved this story. The prose is magnificent and picturesque. The characters are simple, noble and riveting and it is easy to lose yourself in their world. Overall I would recommend this book to anyone who just wants to get lost in a beautiful story.

Cats are dynamic beings that can be described in many ways which is probably one of the many reasons why we love them so much. 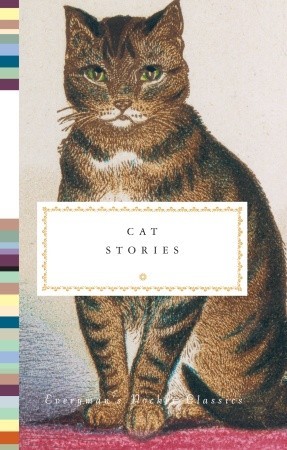 A selection of short stories on the beloved feline that stretches over two centuries.

Ruthless killer? Mischievous and unloving companion? Or a life long playful and affection friend? Cats are dynamic beings that can be described in many ways which is probably  one of the many reasons why we love them so much. Tesdall brings together this anthology of feline short stories to encompass the many ways that cats are viewed and treated. The stories author’s span over two centuries and range from authors like Edgar Allan Poe to Doris Lessing.

I have to admit, some of the stories in this book were not very good. The opening story, The Islands by Alice Adams did little to captivate me and I was unimpressed with Angela Carter’s Puss-in-Boots and Patricia Highsmith’s Ming’s Biggest Prey, however I pushed through and it became worth my time as there are some real gems in this anthology. The classic pieces by Kipling, Saki and Poe were exceptional. Kipling discusses the independence of cats in The Cat That Walked By Himself and created a folklore of how cats came into our home while Saki’s Tobermory details how our pets are privy too all our private moments whether we like it or not, and Poe’s, The Black Cat is down right creepy and sent shivers down my spine. I also just discovered that the story The King of Cats is a piece of folklore that has been around since 1553 which I find intriguing but sadly the Stephen Vincent Benét’s rendition did little for me.

There are stories about how cats effect us personally, such as the story of An Old Woman and her Cat by Doris Lessing, about how detached and mischievous they can be such as Broomsticks by Walter de la Mare and even stories narrated by cats such as Fritz Leiber’s Space-Time for Springers. This is definitely a book every cat-lover should have in their library.

“1915. The year itself looks sepia and soiled-muddied like its pictures. In the snapshots everyone at first seems timid-lost-irresolute. Boys and men squinting at the camera.”

“1915. The year itself looks sepia and soiled-muddied like its pictures. In the snapshots everyone at first seems timid-lost-irresolute. Boys and men squinting at the camera.”

I stumbled across this book while browsing Goodreads one day. I have read a few books by Findley and after reading the description of the book I was hooked and knew I had to read it. I am a sucker for WWI  stories and poetry. There was something so personal about this war. Men fought in closer combat and gas was used as prominent and horrific tactic. The trauma from this war was intimate and I find the stories about this war very moving.

Robert Ross is only seventeen years old when he leaves Canada to join the war. Out of sheer luck and by managing to stay alive, Robert is promoted and  is responsible for the lives of other men. Despite his youth, Robert has witnessed and experienced things that absolutely no one should ever have to. In an attempt to to save his sanity and humanity, Robert makes a brazen decision with substantial consequence. Some call him a villain, others a hero but ultimately there are none when it comes to the realities of war.

“I still maintain that an ordinary human being has the right to be horrified by a mangled body seen on an afternoon walk.”

The book draws you in right from the beginning in that it opens with the last scene and then takes you back before Robert left Canada. The story also had a few narrators, which I found jarring, but it did lend to interesting perspectives about Robert. Some of the scenes people are actually being interviewed about Robert and the act that he committed and of course you will not know exactly what Robert did until the very end.

Findley is great at descriptions. Whether it is a character or a scene, he makes it very easy to envision. There was one particular scene that made my heart race and my jaw drop. Robert is leading a group of men out in the open when he spots some chlorine gas that is about to hit them. He orders his men to put on their gas mask but the men inform him that despite them being standard issue, their group was not give one. With only seconds to make a decision, Robert orders his men to pee on pieces of fabric and hold them to their mouths while lying face down in the mud until the gas passes. This act of brilliance on Robert’s part saved all of his men. I was absolutely glued to the pages reading this scene. While this one was my favourite there are many others that are also captivating.

In terms of the act that Robert committed, I sympathize with his decision. After everything that Robert had been through, it almost made sense to do what he did. It was an act of humanity to prove that he still had it in him but it was also at the cost of humanity, which, is the epitome of war.

I would highly recommend this novel for drama, historical-fiction, and for those that enjoy war time plots and dynamic characters.