“The gaps that bind us span more than the distances between words.”

My second of five of the Canada Reads 2021 selection that will be championed by Canadian singer-songwriter Scott Helman in the debates that take place in March.

I know, I’m behind but I’ve been up to my ears in essays. I was really looking forward to reading this memoir and learning a bit more about Taiwan. I really wanted to love this book but it fell flat for me.

The author is a first-generation Canadian and after finding a partial memoir from her grandfather she decides to embark on a journey to Taiwan to explore her family connections and history. The story floats between gorgeous and descriptive nature scenes as the author hikes through different parts of Taiwan, all while intermingling the details of her family’s personal history throughout. Her grandparents were originally from China but when the cultural revolution happened they relocated to Taiwan where her grandfather took up work as a pilot. The family then moved to Canada where the author was born. After her grandfather left, in his old age and on his own, to return to Taiwan no one really knew what he did with his final years as his health failed him. The author makes efforts to reconnect with her language and Chinese heritage to get a full understanding and appreciation of her family’s past and to place her own identity.

While the writing of this book was descriptive and engaging at points, the story’s timeline was all over the place, jumping from the past to her current excursions in Taiwan. The descriptions of Taiwan were sometimes enthralling and made you feel like you were in Taiwan but I felt that they went on too long as I was more interested in the family history which, I didn’t feel had enough of a presence. The book left me feeling like I had an incomplete picture of her family and I wanted to know more. Ultimately, this story is about the author’s journey but it reads and feels more like a journal than a novel. I wanted to like this novel more but I found it a bit boring if I’m honest. It’s not a terrible read, it’s just not as engaging as I was hoping it would be.

In terms of the theme for Canada Reads this year, One Book To Transport Us, this book does seem an appropriate fit with the way it makes you feel like you’re on a hike in Taiwan as well as transporting back to a time in Chinese history. We will see what the other contenders bring to the table.

The debates will take place March 8-11, 2021, hosted by Ali Hassan and will be broadcast on CBC Radio One, CBC TV, CBC Gem and on CBC Books. 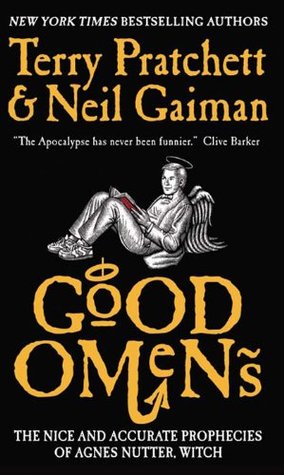 “Those who rely on certainties are certain to be disappointed.”

This is the final instalment in the Sellsword’s Trilogy that follows the two “bad guys”, Jaraxle and Artemis. Jaraxle’s plan starts to become clear as the two of them make some very ambitious decisions and dare to challenge a king as well as two ancient dragons. Jarlaxle’s ambitions and outrageous schemes are always almost enough to get them killed, almost.

I wish I were into the premise of this story more but it just didn’t do it for me, as was most of this trilogy, unfortunately. The series lacked the character work that I loved so much with the Drizzt series. Both Jarlaxle and Artemis are at constant battle with themselves in terms of their partnership, or rather, friendship. Their experience tells them that they shouldn’t be friends yet this also seems to be a challenge for them despite the two of them being generally cold-hearted. Artemis becomes especially vulnerable in this book as well which is puzzling for the reader as his tough exterior seems to break. He starts to question the meaning and purpose of his life as well as his relationships with other people. What will this new cracked exterior mean for the assassin? Of course, all is revealed in the end… Spoilers ahead.

Jarlaxle’s motives don’t seem as clearly defined in this book, or at least they’re not as robust as Artemis’ and for that, Artemis has the more interesting narrative of the two. I do appreciate that at least Jarlaxle is still mostly true to his conniving and manipulative ways, even to those closest to him but then I found myself disappointed in Artemis for not being able to catch on to what Jarlaxle was doing. I appreciate that Artemis’ newfound vulnerability in this book was not necessarily of his own doing and I know that will eventually make him a very dynamic character but he just didn’t seem as badass in this book.

Salvatore could have had a whole offshoot of stories with Jarlaxle and Artemis but it felt as if he wasn’t as heavily involved or invested in the stories as much as he has been with Drizzt and his companions. Considering their shallow development within this trilogy, perhaps it’s best that they remain secondary characters for the time being. I know that they appear later within Drizzt’s storyline (Neverwinter Series) and it does help to know their stories from this trilogy going into those books, so I hope that they continue to present themselves within the Drizzt storyline.