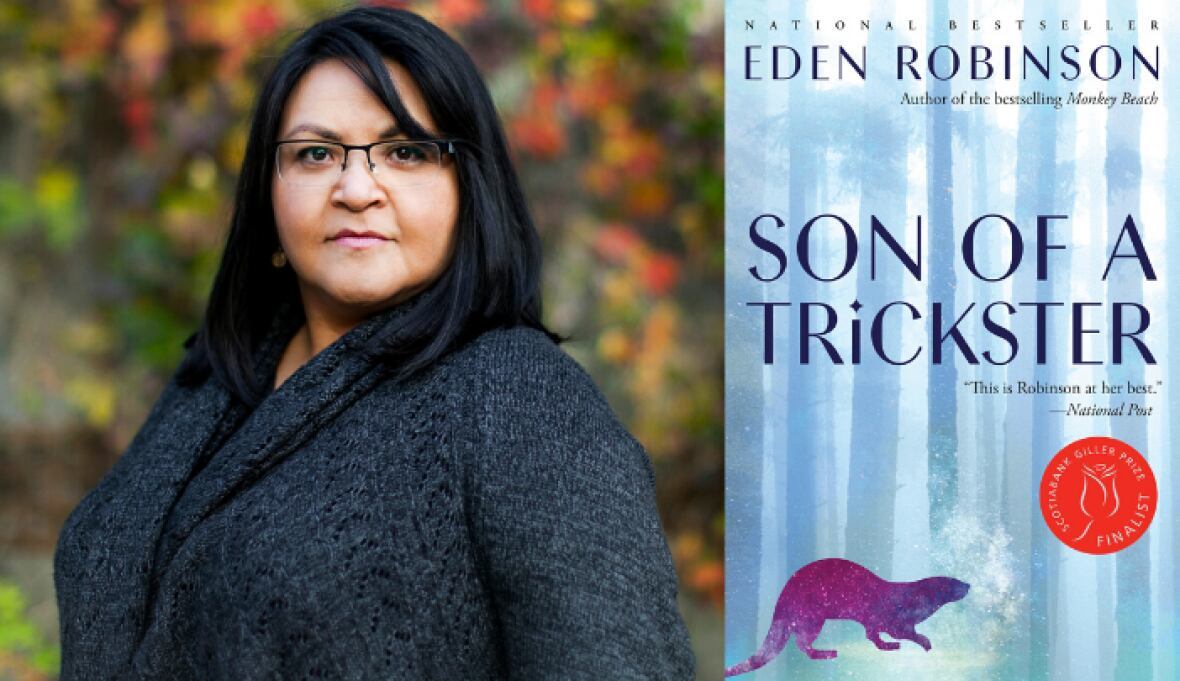 This is book number two of the five for me  in the Canada Reads 2020 contenders.  I best get reading a bit faster if I want to have all five read before the debates in March! I have always wanted to read Eden Robinson, in fact, I’m pretty sure one of her books was part on my required reading list in one of my university classes back in the day and I still didn’t get around to reading her (oops)! At least I’m making up for it now.

Son of a Trickster starts off in a seemingly normal, albeit tragic and raw, fashion as it details the coming of age of a young First Nation teen named Jared. Despite his fraught and complicated family life he does try his best to do the right thing and has a genuinely good heart and tends to get by with his sarcasm and fantastic pot cookies when shit hits the fan. This part of the story really depicts some of the First Nation’s experiences and traumas while also drawing you into a gripping story. There is also a whimsical and magical aspect to this book that is briefly mentioned in the first chapter that you almost forget about until the last quarter of the book.

When Jared was just a boy, his family move away from his one grandmother because she believes him to be the son of a trickster, a wee’git. Jared thinks little of the incident as he grows older and it’s never brought up again, even after his parent’s separation. However, as Jared’s family life starts to unravel he also begins to see things, things that presumably shouldn’t be there. At first, he starts to brush them off as bad trips and vows to come off hallucinogens but they continue to happen. His mom and nana finally reveal a secret to him that they’ve kept and despite their differences, they might be his only hope in protection as these ‘hallucinations’ become more physical and severe.

I loved the first 75% of this book. Jared’s character is immensely funny, gentle, and resilient, however, when the trickster aspects of the book started to take shape the story started to feel a bit disjointed to me. However, having said that, there are some beautiful and poetic sections of writing that Robinson includes in the opening of some the chapters and during some of Jared’s visions.

“Close your eyes. Concentrate on your breath. Remember that you were not always earthbound. Every living creature, every drop of water and every sombre mountain is the by-blow of some bloated, dying star. Deep down, we remember wriggling through the universe as beams of light.”

Apparently, this book was meant to be the first in series, which, I could see panning out quite nicely, especially since the magical sections of the book felt like they should have been expanded on more. What I loved about this book was the First Nations experience that it so gracefully touched upon. I felt for Jared and wanted better things for him and his family and was bothered and intrigued by the circumstances that he had to face. The character work on both Jared, his mom, as well as Sarah is amazing as Robinson managed to highlight their traumas without drowning you in it.

Is this the one book to bring Canada into focus? It definitely sheds light on the First Nations experience in the same way that We Have Always Been Here highlights the queer Muslim experience in Canada. Both prominent and important issues but which one will come out on top in the debates? Especially when there are three other books to contend with. Guess we’ll have to wait and see!

2 thoughts on “Son of a Trickster by Eden Robinson”