If this book doesn’t move you, you must be a Nazi. 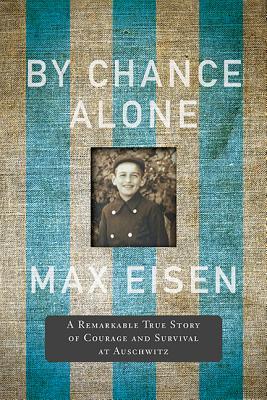 WWII holocaust memoirs is a genre I never get tired of. Ellie Weisel’s Night, Eva Mozes Kor’s Surviving the Angel of Death and Viktor E. Frankl’s Man’s Search for Meaning top the list as some of my favourite memoirs. I love to devour books in this genre so that I never forget the past and to find strength and gratitude in their trials and suffering. By Chance Alone is an award-winning book that made it into Canada Reads 2019 shortlist this year and will be defended by Ziya Tong during the debates at the end of this month. The debate theme this year is, “One Book to Move You”. Could this book be the winner?

Max opens the book with his childhood in Czechoslovakia before the war and how idyllic his life had seemed to him then. He is barely a teenager when he enters the Nazi concentration camps. Upon arrival, Max didn’t know it would the last time he would see his mother and siblings alive again. He was nearly sent the gas houses himself as he was just barely old enough off for the forced labour camps with his father. Max details the horrendous conditions that he had to endure in fine detail making it hard to believe that humans are even capable of this kind of depravity. Max’s father’s parting words to him would become a major part of his adult life:

‘”My father reached out across the wire and blessed me with a classic Jewish prayer:

“May God bless you and safeguard you. May He be gracious unto you. May He turn His countenance to you and give you peace.”…

Then he said, “If you survive, you must tell the world what happened here. Now go.”‘

Max managed to stay alive in the camps through sheer determination and a lot of luck but in the end, he was the only one of his family members to survive. In Max’s adult years with the help of some of his grandchildren, he became an educator and speaker on the Holocaust as part of his healing process and to stay true to his father’s final parting words.

If this book doesn’t move you, you must be a Nazi. My heart ached for Max and his family as I visualized the real trauma and the suffering he dealt with. Moving stories like Max’s are important as they make sure that we appreciate all that we have and to never let us forget what happens when radical leaders have vicious and radical ideas. The persecution of the Jews didn’t happen overnight. It started with the spread of malicious ideas and propaganda by a terrible leader that created and encouraged blind ignorance that was then driven by fear. Humanity takes a long to time change and heal, even after the war when Max was trying to get out of the country to Canada he learned that many of the people responsible for torturing the Jews were getting visas before him and the other victims of the Holocaust.

We need Max’s story, and others like him, memorialized in words so that we can ensure that we never make the same mistakes with human lives again. Max is a living reminder to be kind and considerate to your neighbours, to immigrants, and to those suffering in other countries for wars they want no part and dream of nothing more than a safe place to call home.

2 thoughts on “By Chance Alone by Max Eisen”