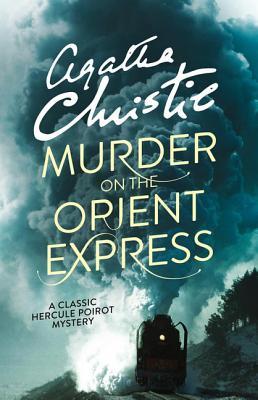 I’ll admit, I always thought that Agatha Christie novels were meant for little old ladies and the biggest reason I picked up one of her novels is that there are 2 books of hers that consistently show up on some of the best to-read book lists.  Having learned a little bit about this interesting woman, I can see however, that she was a complete badass.

Did you know that he first husband was cheating on her and that when she found out she disappeared for 11 days? As a best-selling novelist her disappearance made a lot of waves and sparked a massive manhunt. The police obviously had to interrogate her husband, meaning he would have to spill the beans on his affair, making it so that he was the one who was disgraced, not her. Well, that is just speculation. No one really knows what happened as she showed up completely fine at a hotel after her 11 day stint with no clues to as to her disappearance.

Also, did you know that Agatha Christie has been listed in the Guinness Book of World Records as the best-selling novelist of all-time? The Bible and Shakespeare are the only other publications to out do her. Her works have sold over 2 billion copies and has been reportedly translated into 103 different languages.  Agatha Christie is the original in “who done it” stories and her legacy is a testament to her skill.

While admittedly I thought I had solved aspects of the mystery I could not have imagined the depth of the truth of the real crime. The ending was admirable and satisfying as well.
I did find this book intriguing but it was too methodical for my liking. Most of the story was a just a recounting of the passengers whereabouts during the murder and then how Hercule would use this information to move to the next step. As in it was literally, if A, then B, if B than C or if A and B than C etc.  However, the book did not put me off reading further books by Agatha and story was still a good mystery.

If you are a mystery buff and have not read this book yet make sure to throw it on your list. Agatha Christie inspired generations of mystery writers and this one is said to be one of her best. There is also a movie coming out soon starring a plethora of stars. Check out the trailer here.