I knew Amy. Lots of people I grew up with could say that but did anyone know her struggles? 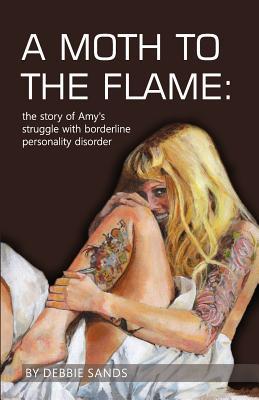 I knew Amy. Not as well as I would have liked or for very long, but we grew up in the same town and had solid year together in the Studio Theatre class in our high school, the very one mentioned in this book. Her death hit the community and anyone that ever knew her hard. Perhaps this review is a little biased because of that connection but I am thankful that Debbie shared Amy’s story and her struggles.

Amy passed away in the summer of 2012. She was shot through a garage door with a bullet that never should have been shot and was not ever intended for her. She was 27 years old. Amy was eccentric, fun, independent, beautiful and confident. I’ll never forget some of fun times we had or the few inside jokes we created together. I remember envying her. However, few would have ever known the struggles that she dealt with and the problems it would cause in her adult life. Even more, few would have known about the struggles Amy’s family went through in trying to help her.

Amy had borderline personality disorder (BPD). A mental health condition that is characterized by overt and unstable emotions as well as abnormal behavior and relationships with others. Sufferers often have an unstable sense of self and extreme sense of abandonment that can often lead to dangerous behaviors.

Amy’s condition drove her to abuse drugs and mix with a crowd of people that ended up resulting her death. The book details the intimate struggles that her family had to endure while trying to deal with Amy. I cannot fathom the amount of pain and how trying it would have been trying to manage Amy. Her family loved her dearly but at the same time did not want to be enforcers to her behavior. They knew she was troubled but it wasn’t until after Amy’s death that they came to determine that she had BPD. The book spares no details and gives the deep down trauma of living with BPD and what it does to loved ones. While the book was heartbreaking to read, it is also immensely insightful.

I had the pleasure of working with Debbie on during a Dewdney theatre production of The Importance of Being Ernest around 2005. Debbie made a stellar Lady Bracknell and she never ever showed any signs of the potential turmoil that was effecting her private life. I am so glad that she wrote this book. Not only has she shed light for all that loved Amy but she is spreading awareness of about BPD. I hope that the writing process has been a healing one for her. No mother, or family for that matter, should ever have to endure what she went through. It was very brave of her to publish this book.

I would highly recommend this book for anyone with BPD or has a loved one with BPD. Or for those who have had mental illness effect them or someone that the have loved. And especially for anyone that loved or knew Amy.

One thought on “A Moth To The Flame by Debbie Sands”