I guess know all about war tactics now? A very honorable and wise approach to combat. 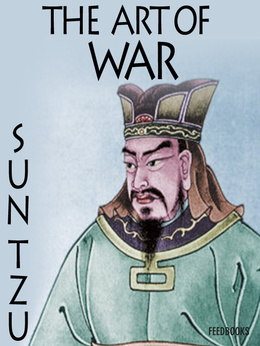 I guess know all about war tactics now? A very honorable and wise approach to combat.

Continuing with the Asian theme, I finally got around to this classic and I’m having trouble comprehending what exactly was so inspiring about this book. I mean, it read exactly like a tactical war book which has no relevance to the everyday person. Sure, there are a few decent quotes that express some beauty and wisdom but I feel like maybe I’m missing the boat on this book. Having said that, there are some admirable portions.

For example, it is worth appreciating how old the book is as it’s believe to have been written during the 6th century BC. This makes the book one of the first every written on military tactics which is pretty impressive.Sun Tzu was also an important Chinese general, war tactician and poet which, is apparent in his writing style.

“The supreme art of war is to subdue the enemy without fighting.”

I think that perhaps a lot of what is perceived as general warfare tactics has come from this book over the centuries, so in finally reading it, the information already feels familiar.

Additionally, outside of the blatant tactics there are a few decent quotes that are remarkably philosophical:

Overall I was expecting the book to be more poetic based on the praise that it’s been given but it is a tactical book first so I took very little enjoyment out of reading it. Thankfully it’s a very short read. It ‘s nice to be able to say I have now actually read it and that’s about as far as my recommendations would go. Well, perhaps some that are more involved in war history would have a better appreciation for this ancient novel.