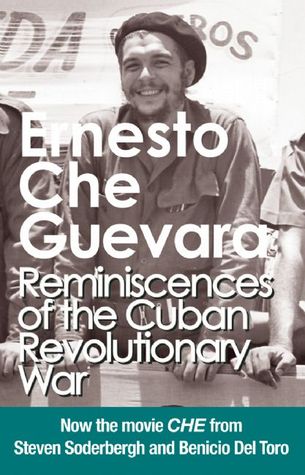 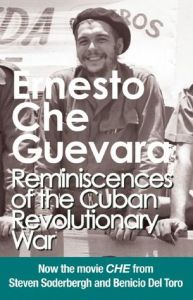 I picked up this gem while I was actually in Cuba back in January of this year. It was my first trip to Cuba and I realized how little I knew about this fascinating little country with its big and expansive history. Thankfully there wasn’t a shortage of propaganda where I was staying. If I had more money and space in my suitcase I would have purchased quite a few more books.

Che is a remarkable individual and his dedication to Cuba and to the cause of communism is almost next to nothing. Che comes across as extremely intelligent and very articulate. His memoirs and diaries are published everywhere which probably makes him one of the most exposed politicians around. Don’t get me wrong, the Cuban government is pretty good at giving the leaders of their communist revolution a great reputation, and they have to. The history of Cuba is a rocky one, so the insurgence of this particular revolution was necessary for its time. From the Spanish to the British, and then the US, someone else was always taking advantage of Cuba and its people suffered for it. In 1933, Sergeant Fulgencio Batista threw a coup to overthrow Gerado Machado, a Cuban dictator known for his vicious rule. Sadly, after this coup, little changed under Batista’s rule. It was in 1953 when Fidel Castro made his  first attempt to revolt against Batista’s regime. It would be after this attack that a young Argentinian doctor named Ernesto Guevara would join the cause and assist in Cuba’s revolution and liberation.

“Che” is a form of colloquial Argentinian Spanish slang used in a vocative sense as “friend”. Che is the famous nickname given to Ernesto as a joke and term of endearment based on his heritage from his fellow Cuban comrades.

This book is a personal description of Che’s experiences during this pivotal revolution. Che spares no details with how difficult it was living in the forest for months at time and the sad deaths and sacrifices endured by all, especially the peasants of Cuba, who were initially afraid to assist or join the cause. His recollection is impressive as he remembers many of the names of some of the small time peasants who were essential in helping with the revolution that might have other wise been forgotten. He also details the specifics of those who betrayed the cause. Some he speaks of with remorse or honor and others with absolute distaste and resentment. It was exciting to see how big the small group of rebels became over such a short period of time . In 1959 the rebels send a group of 9000 strong into Havana, forcing Batista to flee, starting the beginning of a new era for Cuba, one that would bring positive change to the country and the lives of its people for the better.

From my own impressions of Cuba, some aspects of communism are no longer serving its people. Don’t read me wrong, I’m not saying that they need to replace their system with American capitalism but there are definitely areas that need improvement. The locals don’t have immediate access to some of the best food or clothes because they are too expensive and some people are still not allowed to leave specific regions of Cuba. Tourists get the best of everything, while they don’t. I was asked twice, discreetly, while I was there if I had any clothes or items that I was willing to part with. It made me pretty sad but if I wasn’t there as a tourist their economy and the people there would have even less. With tensions currently being mended between America and Cuba, as much as I don’t want this quaint country to become Americanized, it will eventually mean improvements for the locals.

Overall, a good description of the events and people that changed Cuba to make it the country that it is today.