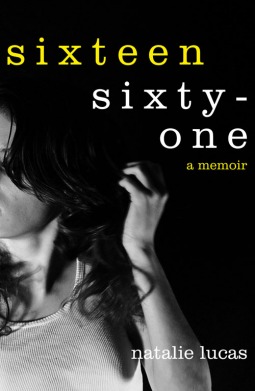 Firstly, I would like to thank Netgalley for allowing me to get my hands on this extremely intriguing, tragic, horrifying and inspiring memoir. So far out all of the books I’ve read this year, this is the one I’ve had the most trouble putting down.

Natalie is a fifteen year-old teenager when she first meets Matthew, a sixty year old man. At this point in Natalie’s life she is feeling some of the emotional turmoils and insecurities that come with being a teenager, and like so many teenagers, Natalie wants to know where she fits in and who is. While Natalie’s family life is normal and healthy she is not close to her father, who was divorced from her mother and is distant at best. Matthew starts to become this sort of father figure(in a loose sense of the word) for her. He offers her the comfort of fatherly advice, love and the direction that she has been craving, along with philosophy, ambition, purpose and sense of belonging and understanding. He makes her feel special. Who wouldn’t want that?

They’re interactions at this point, while appearing innocent, were peculiar right from the beginning and it didn’t stay innocent for long. Matthew emails her often and has too much of an interest in seeing her. His topics of conversation start to become increasingly inappropriate. He asks her to lie to her mother so that their time together doesn’t start raising questions, he drops hints about his mischievous past of “Bunburying”, asks to read her diaries and leave them with him, as well as inquiring about her growing curiosity in her own sexuality. There are warning flags all over this behaviour but Natalie is fifteen and she has come to trust this man who has provided her so much comfort and insight.

Shortly after Natalie turns sixteen, she loses her virginity to Matthew, who is now sixty-one years old. Forty-five years… the two of them are separated by four and a half decades of an age difference. It took me a long time for that fact to really seep in. Forty. Five. Years…

Natalie does love Matthew and the relationship hints at romance during the first portion of the book it is quickly wiped away with the graphic scenes of their sex life and the appearance of Matthew’s true colours when she decides to go away to college. While experimenting in college, Natalie tries to find a way to define herself but her current identity has been built upon lies. She has to find her way out of the smothering embrace of Matthew’s control. As things escalate with Matthew, Natalie is sucked into an awful array of turmoil.

While I could never feasibly imagine being in the exact situation that Natalie was in, she described her story so well that I felt it. Their were moments in this book where I wanted to cry and scream and others where I just wished that I could cause Matthew mass amounts of pain. My biggest and only frustration with this novel actually has nothing to do with the novel itself but that <spoiler> Matthew didn’t get punished in the end. I wanted justice. He should have be jailed as a pedophile, beaten and shamed. With that being said, that likely would not have not done Natalie any favours in the end. Even though it would have been completely undeserved, she would have likely received some backlash from some small minded people if she or her family had taken retribution with Matthew. I still would have liked to have known what happened to him regardless, but it’s not his story, it’s Natalie’s.</spoiler>.